Johanna Holmström’s third collection of short stories, entitled Camera Obscura (2009), proves that she merits serious attention as a crafter of short-form prose. Few writers display a mastery of the art of pacy narration to equal Holmström, who is a psychologically keen-eyed observer. Her short stories have elements of fairy tales, ghost stories and horror effects.

This book stretches the concept of the short story, more closely resembling a cleverly constructed novel in which the reader has to figure out the intricate relationships among the characters, events and places.

Holmström portrays young people in the opposition between tradition and modernity. She pushes her characters to the limit: she lets a young eco-terrorist commit suicide in order to avoid growing up and becoming a consumer and a drain on the environment. In the book’s creepiest story, ‘The doll-maker’s child’, a doll-maker on the Russian island of Kronstadt rounds up all the island’s children, in the manner of the Pied Piper of Hamelin, in order to make exact copies of them for their parents “in a more docile form – only, easier to control, someone you wouldn’t need to scold or worry about, and most important of all: someone who never grows old.”

Holmström registers movements and moods with a style reminiscent of a camera’s cool objectivity. 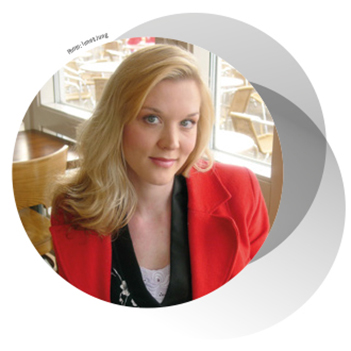 Johanna Holmström (b. 1981) began her writing career in 2003 with the short story collection Inlåst (‘Locked Up’), a book characterized by the fearless social awareness that typifies the work of this productive and stylistically assured author. Holmström has never shrunk from addressing traumatic themes such as violence, betrayal and exploitation between people. Inlåst was followed by the short story collection Tvåsamhet (‘Twosomeness’, 2005) and the novel Ur din längtan (‘Out of your longing’, 2007). The short story collection Camera obscura (2009) received several awards and the leading Stockholm daily Svenska Dagbladet gave the book its literary quality award with the following citation: “In the subtle interplay between her short stories, which are at once psychologically perceptive and possessed of a fairy-tale-like radiance, Johanna Holmström interprets despair and the distorted perspectives of people caught in the conflict between tradition and modernity.”

Johanna Holmström, who lives in Helsinki, works as a journalist and author. Among her hobbies, she lists sports and the study of the Arabic language. Asfaltsänglar (‘Asphalt angels’) is her second novel and her fifth published book.