With his four previous novels, Juha Itkonen established his place as one of the leading writers of his generation. The arrival of each of his new books is an eagerly awaited event. This, his fifth novel, is a wide-ranging family saga that criss-crosses five decades and three generations to cover the period from the late 1950s to the early 21st century. Itkonen’s greatest strengths are his ability to portray an era filtered through individuals, as well as identifying internal tensions that spread across families and generations. How well do we truly know other people? How are experiences passed on from parents to children? Is there anything more unreliable than human memory?

Itkonen’s characters provide a large surface area to identify with: the material and internal changes they experience mirror the transformation of Finnish as well as other Western societies in recent decades. Itkonen scatters events that have imprinted themselves in our collective memory – from the first man on the moon to the fall of the Berlin Wall – among his portrayals of individuals and relationships. Itkonen is an outstanding storyteller who uses changes in individuals’ values and lives to depict transitions between entire eras.

Esko Vuori is an enthusiastic, optimistic home appliance salesman who believes in market forces and the USA, to the point of naïvety. He is an exemplar of the upwardly mobile entrepreneur who does indeed accumulate wealth for himself and his family during the course of his lifetime. His wife Liisa supports her husband, like most women of her generation: looking after their home and their three sons until the boys reach adulthood, when she finally decides to leave and move to Helsinki on her own. The couple’s centrifugal marriage is one of the finest portrayals in this novel of a relationship in which neither person can really say for certain why dalliances – and ultimately, divorce – entered the frame.

Their son Esa, the narrator, attempts to explain his own life and experiences to his daughter Miia, who works as a theatre director in Berlin. Esa, born into a ready-made world, has leftist leanings – unlike his father, but typically for his generation. After a degree in communications and mass media, he goes to work for a local paper, lives in an unhappy marriage and becomes estranged from his daughter. Itkonen writes sensitively about the relationships between children and parents throughout the novel.

Esa recounts, reminisces and explains his life and family dynamics to his daughter, who left everything behind to move to Berlin. His memories are painful and contradictory, and they raise a lot of questions. As he whips up waves of emotion, Esa occasionally flounders around helplessly:

“We are all prisoners in the same way; we have to believe our own lives are unique and worthy of consideration. You can’t expect a person to confront the entirety of his own insignificance, because he wouldn’t be able to go on living afterwards. It’s my right to remember. The right to churn and wallow and roll around in my memories, to drown in them if I so choose: they’re mine, and I will do with them as I wish.” 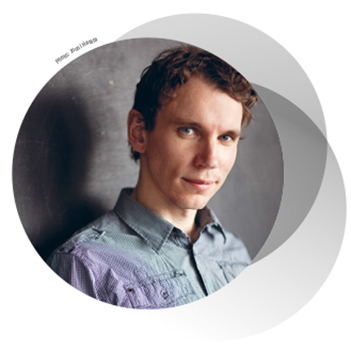 Juha Itkonen (b. 1975) has won numerous awards for his previous novels. His debut novel Myöhempien aikojen pyhiä (‘Latter day saints’, Tammi, 2003) was a nominee for the Finlandia Prize, and his novel Anna minun rakastaa enemmän (‘Let the more loving one be me’, Teos, 2005) won the State Fiction Award in Finland. He has co-authored a children’s book with his wife Maija Itkonen. Juha Itkonen has also worked as a journalist. He lives with his family in Helsinki.