“The tragedy of the Soviet Union: From Utopia to the gulag archipelago”

This fascinating work by Professor Osmo Jussila answers the question of why a utopia descended into tragedy. Jussila starts off by discussing the most significant Utopian thinkers who influenced Vladimir I. Lenin, the founder of Leninist ideology. The central and most appealing aspect of Lenin’s Utopia was the freeing of labour from the tyranny, exploitation and alienation of capitalists. Lenin’s bookshelf did not have a terribly large collection of books, but those few books he did own were works by Utopian theorists who were fashionable in the 19th century.

The ideal societies proposed by the Utopians may sound childish to contemporary readers, but their influence revolutionised the world.

Lenin did not shy away from violence and terror to bring about his Utopia. He was an excellent agitator and demagogue, but was virtually useless as a builder of a new order. Lenin aspired to socialism via state capitalism, but it was a bureaucratic single-party state capitalism that became the system. The move to socialism via workers’ brigades, ‘free labour’, remained merely a dream.

The progress of the Russian revolution was nothing like the triumphal Soviet procession presented by Lenin and the Soviet histories that followed in his wake; rather, it was the spread of the Bolshevik party’s influence via the establishment of Bolshevist committees and cells, using them to rule already-existing councils and founding new soviets that were ruled by Bolsheviks from the start.

It was crucial to spread this Utopia of socialism and communism as rapidly as possible among the population. That required a great many agitators and propagandists, as well as a variety of organisations. It also required propaganda materials. The Communist agitator in the leather coat was soon a familiar sight in rural areas. By July 1918 there were already an estimated 50,000 agitators and propagandists involved in this work.

Osmo Jussila pulls no punches in this detailed indictment of the Bolsheviks and Lenin. The scope of Jussila’s scholarship is dazzling; he leaves no stone unturned in his investigation of how an entire nation was hijacked.

Jussila’s main conclusion is that Lenin’s fanaticism shut out the will of the majority of the population, who wanted a coalition government formed of all the parties represented in the soviets to replace Alexander Kerensky’s government. Jussila says that in time, such a move would probably have led to some sort of social-democratic government for Russia, perhaps even close to that which Sweden has had since the 1930s.

This book contains a treasure trove of details illustrating the changes in power and social order in Soviet Russia in the period 1917–1921. Lenin’s often muddled, inconsistent leadership prompts Jussila to wonder whether the great revolutionary was of entirely sound mind.

Jussila’s writing style is sure to win over any reader wishing to gain a deeper understanding of history. 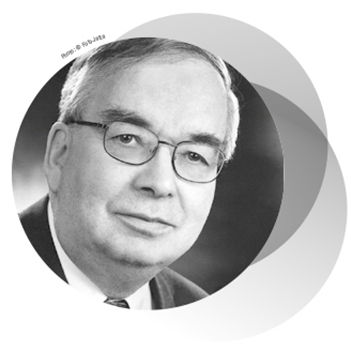 Emeritus professor of political history Osmo Jussila (b. 1938) is an internationally recognised researcher and a non-fiction author specialising in Finno-Russian and Finno-Soviet relations.