“The price of freedom is unknown. On democratic revolutions in Georgia, Ukraine and Kyrgyzstan”

Up-to-date eyewitness accounts are combined with dialogues, interviews and political analysis in this volume of Anna-Lena Laurén’s reportage from three very different countries: Georgia, Ukraine and Kyrgyzstan. All three countries used to form part of the periphery of the former Soviet empire, but they also share another, more special trait in that they all underwent popular revolutions in the early 21st century. The struggle against corruption and autocracy has been more successful in these countries than in most of their neighbours. Even so, all three have also experienced significant setbacks and relapses into authoritarian forms of government. The spirit of democracy has surfaced, but it has not yet taken up permanent residence.

By travelling around with her eyes open and speaking with people from all walks of life, from the woman on the street to the man in the mountains, to researchers, politicians and heads of state, Laurén maps out the reality that lies beneath the oft-repeated slogans about freedom and democracy. Some of the people she meets interpret ‘freedom’ solely as referring to economic wealth for themselves and their close associates: freedom from taxes and social cohesion. The idea that ‘democracy’ does not include crushing one’s political opponents or oppressing ethnic minorities is not necessarily an insight that occurs overnight, either. These democratic revolutions have been an uneven, often arduous process that also includes disappointments. This is referred to in the book’s title: The price of freedom is unknown.

Anna-Lena Laurén provides a committed, complex and impartial investigation of three countries which do not often feature on the international news agenda. With this book, she is also contributing to a greater understanding of the dynamics of contemporary revolutions and government overthrows. She draws clear parallels with other recent upheavals, such as those in the Arab world. 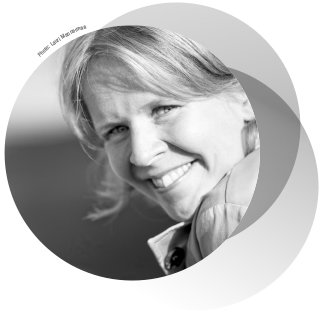 Anna-Lena Laurén (b. 1976) has rapidly become one of the most highly experienced foreign correspondents from the Nordic countries, specialising in Russia and Central Asia. She currently reports for the Svenska Dagbladet (Sweden) and Hufvudstadsbladet (Finland) daily papers. Laurén, who is fluent in six languages, has published three previous books in Swedish, her mother tongue. One of them, entitled De är inte kloka de där ryssarna (“They’re crazy, those Russians”, 2008) has also been published in Finnish, Russian and Ukrainian language versions. There are no gentlemen in the mountains – on the Caucasus and its people original title: I bergen finns inga herrar – om Kaukasien och dess folk (“There are no lords in the mountains”), an ambitious volume of reportage, was designated the 2009 Travel Book of the Year by Mondo magazine, which praised Laurén’s ability to ‘combine local people’s daily lives with history and global politics’. In 2010 she was awarded the Finnish State Award for Public Information for her work as a journalist and author.