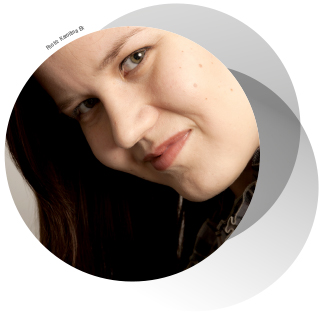 Elina Rouhiainen was born in Vantaa, near Helsinki, in 1988. Before studying sociology at the University of Helsinki, she was a member of a competitive synchronised skating team. Rouhiainen wrote the manuscript for her debut novel in just over a month. The impulse that led to its creation was an image that appeared from her subconscious of a girl sitting on her own in a gloomy forest, who suddenly encounters a large wolf. Elina Rouhiainen plans to make Susiraja (“Territory of the Wolf”) into a four-part series.