“The core of the sun”

Auringon ydin (“The core of the sun”) invites readers to take part in a thought experiment: What if a few minor details in the course of history had set things onto a different track?

If Finnish society were built on the same principle of sisu, or inner grit, as it is now but with an emphasis on slightly different aspects, Finland in 2017 might be a ‘eusistocracy’. This term comes from the Classical language roots eu (meaning ‘good’) and sistere (‘stop, stand’), and it means an extreme welfare state.

In the alternative Finland portrayed in Auringon ydin, individual freedoms have been drastically restricted in the name of the public good. Restrictions have been placed on dangerous foreign influences, so all mood-enhancing substances such as alcohol and nicotine have been eradicated. Only one such substance remains in the authorities’ sights: chilli, which continues to make it over the border on occasion.

Vanna, the book’s protagonist, is hooked on chilli – or more precisely, the capsaicin contained within chillies. She needs ever-larger doses to feel a proper ‘hit’. In order to ensure a regular supply of chilli fixes, Vanna becomes a dealer. No one would suspect her of committing a crime, because she is an Eloi, a woman ‘who is active in the mating market and for whom the promotion of all aspects of male well-being is key.’

In this eusistocratic society, women have been divided into two groups on the basis of their utility. The feminine Eloi focus on pleasing men, looking after the home and giving birth to children. Morlocks, on the other hand, are sterilised so that they do not carry on their line of ‘defective’ women, and instead focus on performing work.

Johanna Sinisalo’s satire is bitingly on-target in the scenes where the Eloi’s education is reminiscent of dog obedience classes. The image of a country where the Health Authority decides what people require is pure black humour – it would be hilarious if it weren’t so frightening. Sinisalo is a social critic, but her writing is very tangible, appealing to the senses. It makes for a unique reading experience: highly immersive, almost breath-taking.

One day Vanna gets hold of a fresh chilli. She has never seen such a thing before. Its trail leads her to a mystical cult, known as Gaianism. Vanna investigates how the Gaianists are developing the world’s hottest chilli variety, called the Core of the Sun. Vanna also comes to realise why chillies have been banned in the Eusistocratic Republic of Finland.

Auringon ydin is part of the rule-breaking ‘Finnish Weird’ genre. The text consists of rhythmic segments, various text passages including genuine historical documents. One of these, an article on eugenics, was published in a Finnish magazine in 1935. Johanna Sinisalo demonstrates that ‘weird’ is never very far from everyday reality. 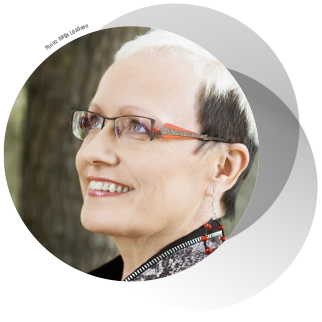 Johanna Sinisalo (b. 1958), a leading writer of the ‘Finnish Weird’ genre, is one of Finland’s most original and successful authors on the international scene. Her books have been translated into nearly 20 languages. Auringon ydin (“The core of the sun”) is her sixth novel. Her debut work, Ennen päivänlaskua ei voi (Tammi 2000, UK 2003: Not Before Sundown, US 2006: Troll: A Love Story) was awarded the Finlandia Prize, Finland’s most prestigious literary award. Sinisalo has also published a children’s book, a collection of short stories and dozens of stories in anthologies and journals. Besides her prose fiction works, she has written film and TV scripts as well as graphic novel storylines and travel literature.