Karl Fabergé, the celebrated court jeweller of imperial Russia, created objects which many consider to be the world’s finest products of the goldsmith’s art. There have been previous accounts published of the history of the Fabergé family, but none of them revealed who the master craftsmen behind Fabergé were: in fact, of the firm’s 24 master goldsmiths and silversmiths, no fewer than 14 were Finns.

In this breathtakingly beautiful volume, Ulla Tillander-Godenhielm, art historian and great-granddaughter of St. Petersburg goldsmith Alexander Tillander, tells the story of Fabergé’s success as well as the lives and art of the firm’s Finnish master goldsmiths. The biographies build up a portrait of a world in the late 19th and early 20th centuries where many left quite humble circumstances in Finland for St. Petersburg in Russia, and they describe how journeymen trained to achieve the esteemed status of master goldsmiths. August Holmström started out as the son of a bricklayer and left in 1845 at the age of 16 for an apprenticeship in St. Petersburg. He went on to become a master gemstone cutter for the Fabergé company. One of Holmström’s best-known works is the beautiful Imperial Easter egg of 1892, carved in bowenite and decorated with a delicate trelliswork of diamonds.

August’s son, Albert Holmström, was an elegant young man who dreamt of a career as a musician, but followed in his father’s footsteps as a jeweller. In its heyday, his workshop employed 60 goldsmiths, apprentices and journeymen. Holmström’s niece Alma Pihl was a talented young designer who already had an impressive career at the age of 25 in a male-dominated field. She is best known for her decorative objects featuring winter motifs; the most famous of these is the Winter Egg, which was designed for the Dowager Empress in 1913. The idea occurred to Pihl as she sat at her draughting table, watching how the sun’s rays sparkled through the frost on the window. Pihl’s career ended with the Russian Revolution. Every master craftsman’s story is worth telling, and the objects they created have survived as evidence of their unique talents.

Fabergé’s Finnish masters takes the reader along to the workshops of the St. Petersburg goldsmiths, as well as into the lives of the elite and the showroom of the Fabergé company, where wealthy clients – including Russia’s richest oil magnate, Ludvig Nobel – came to place their orders for jewellery, some of which were to be fabricated in a very short time. For the finest pieces commissioned by the Tsar, a special imperial chamber was opened to allow the master craftsmen to choose gems and precious metals, which they would then transform into magnificent creations.

The unparalleled illustrations in this volume have been sourced from all over the world, including from private collections, just for this book. Most of the objects pictured are not on public display. The photographs give the impression that one could almost touch the objects in them. The reader can only marvel at how anyone could have created something so beautiful.

Ulla Tillander-Godenhielm, Ph.D., has been researching Fabergé’s oeuvre for many years. Her doctoral thesis was on the award system of imperial Russia. She lectures, serves as a consultant for art exhibitions and writes for exhibition catalogues and art publications in Finland and abroad. She has published several works on the art of the jewellers of St. Petersburg in Swedish, Finnish and English. 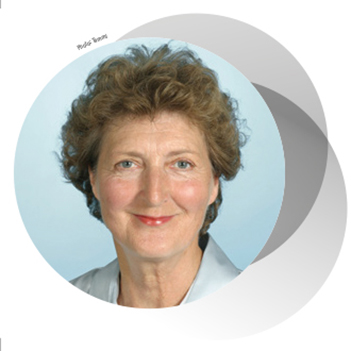 Ulla Tillander-Godenhielm, Ph.D., has been researching Fabergé’s oeuvre for many years. Her doctoral thesis was on the award system of imperial Russia. She lectures, serves as a consultant for art exhibitions and writes for exhibition catalogues and art publications in Finland and abroad. She has published several works on the art of the jewellers of St. Petersburg in Swedish, Finnish and English.