“A year of famine”

Finland, 1867. It is winter, and food is in short supply. Great numbers of tenant farmers depart to go on long journeys to beg for food, and in Helsinki, the capital, the Senate considers emergency aid measures.

The setting of Aki Ollikainen’s debut novel is grim, and the plot points of the story are bleak, nearly without exception. This densely structured novel intertwines two parallel stories about a remote Finland, which at that time was still a part of the Russian empire. Historical writing is realised in the form of humane emotions in Ollikainen’s sensitively written debut.

The impoverished rural population live entirely hand-to-mouth, but the younger officials in the capital are fretting in their heated city apartments over different problems. Is the location of the railway designed as a means of emergency aid really a source of help or a curse, a breeding ground for infectious diseases and death or a friendly gesture towards those who have so few of the necessities for life? The Renqvist brothers – Teo, a doctor and Lars, a deputy chief accountant – are also worrying about the tribulations central to their own lives, not least of which are love and children: simply put, life and its continuation.

Only one of Marja and Juhani’s children is still alive when the family embark on their journey to look for food, and neither of the parents survives until spring. First, Marja is forced to leave her husband behind to waste away at home, and soon their eldest daughter Mataleena’s strength gives out. Marja can never reach the destination of her dreams, the metropolis of St. Petersburg, which she imagines would be able to provide riches and abundance for all.

Marja’s fighting spirit leads her to seek out food and shelter for her child in houses and cottages. Sex, that primal instinct, has not been suppressed as a possible source of help, and Marja has to grit her teeth and give it a try: the poor cannot afford to complain. In dire situations, our basest animal urges leap to the fore. When a person has nothing left to lose, humanity gets trodden underfoot as an unnecessary burden. Crusts of bread are hidden away and thin gruel is reluctantly prepared for the children.

There is some light to brighten the relentless drudgery: in Marja’s unsteady mind and her restless dreams on cold nights, she still finds Juhani and sees her little Mataleena. Out of the endless winter light comes the colour of hunger and death – and its oppressive light is spread far and wide.

This fully formed, bittersweet novel – the first by Aki Ollikainen – tells its brutal story with a warmth that is not inconsistent with historical events. His precise expressiveness makes itself heard via the complex range of emotions and pressure of conflicts in the book. And when the paths of the gentlemen from the city cross those of the wandering beggars, humanity emerges as the winner. There is light – dawn breaks, really and truly. 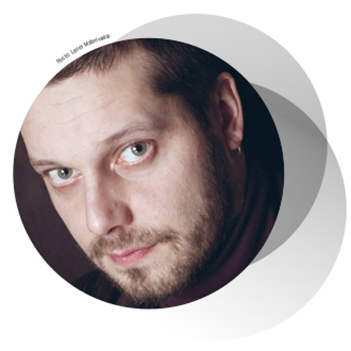 Aki Ollikainen (b. 1973) studied social policy and is a qualified professional photographer. He now lives in Kolari in northern Finland, where he works as a reporter for a local newspaper.