“Don’t you know who I am? A history of arrogance”

“This is probably the best book you’ll ever read…” Yes, well, we humans have always had a very high opinion of ourselves.

Ari Turunen’s hilarious book takes the reader to the sources of arrogance and opens up new perspectives on the relationship between cause and effect in events from world history. We all know arrogant, obnoxious know-it-alls from our circle of acquaintances, from work, politics, corridors of power, world history – wherever there has been space for megalomaniacs and ruthless behaviour. There is even a name for this phenomenon: hubris syndrome, a personality disorder that concerns the possession of power.

Self-important men and women dazzled by their own brilliance have caused untold destruction, as we know all too well from history, and they disrupt their environment without even trying. ‘Letting things go to one’s head’ is a chemical process that has its own dramatic arc. This book tells how Alexander the Great conquered all of Central Asia, and this was clearly too much even for him. In Egypt he declared himself to be the son of the god Amun. In Persia, while drunk, he set fire to the capital Persepolis and killed his right-hand man Cleitus, because Cleitus had praised Alexander’s father Phillip too much. Alexander developed an allergy to any sort of comparison or criticism. It is astonishing that history’s brutal tyrants continue to be lionised and statues are erected in their honour which must be “kept free of bird droppings”.

Sometimes self-importance comes at a high price: Sir Richard Branson launched a search for a director of his Virgin business empire on a TV programme called The Rebel Billionaire. The competitors were driven to Branson’s mansion in a taxi. The driver was always Branson himself, who disguised himself as a taxi driver. The driver chatted with the contestants during the journey. Once the taxi reached its destination, Branson removed his disguise. He eliminated two contestants straight away because they had conducted themselves poorly during the taxi ride. Branson believed that a contemptuous attitude towards ordinary people was also damaging for his company.

Anyone might wonder how they would have performed in Branson’s test. How often do we categorise people into winners and losers based on their behaviour, hobbies, clothing, appearance or jobs? Ari Turunen’s book is about not only historical heroes but also all of us ordinary people. It can be read as a guide to kind, considerate behaviour. After you have read it, you will view yourself, your surroundings and power-brokers in a new light. 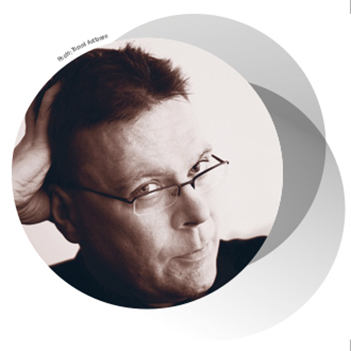 Ari Turunen (b. 1966) holds a degree in social sciences. He has written six popular books on manners, superstition, lying, resistance and intoxication. His books are full of vivid anecdotes about the reasons for human behaviour which are both informative and entertaining. His books reveal in a hilarious way why we behave the way we do. Turunen has worked as a science editor for 20 years. He has presented many radio broadcasts and lectures on cultural history and world views. Currently he is in charge of communications for a major European Union-funded science project which covers 19 countries.