“My life as a nomad: vagabonds, adventurers and lifestyle tourists”

“Since leaving Finland, I’ve lived in time with the rhythms of nature. I eat when I’m hungry and go to bed when I get tired. I have no meetings or deadlines on my calendar, because I haven’t even got a calendar.”

Many people have a long-cherished dream of living a life free from everyday obligations, travelling around the world. Very few actually make it happen, and even those who do often return home after a year or two of travel. Things have turned out differently for Päivi Kannisto: together with her husband, she’s spent eight years so far as a global nomad, travelling to different parts of the world.

My life as a nomad approaches its subject via historical adventurers as well as contemporary nomads. This book is not a travel guide that recommends travel routes or sightseeing tips – though there are some here. Instead, Kannisto takes an analytical approach to her subject, with the eyes of a researcher. Kannisto restricted her interviewees for this book to those who have been travelling for at least four years, thereby excluding people who just took a year or two out. These are people whose lives are stowed in a suitcase, backpack, cycle pannier or the bottom of a boat.

This book is not a paean to a wandering lifestyle; rather, it is the story of people who have taken a detour from the mainstream, choosing a way of life that often turns out to be quite tough.

Kannisto says that “these nomads point the way towards a nimble future and serve as exemplars for others who are interested in travel and alternative lifestyles. They are admired and detested, marvelled at and imitated.”

Travel, according to Kannisto, teaches people to be flexible, to be considerate of others and empathetic. Kannisto does not long to return to her former life, but upon reading her book, one is tempted to ask: aren’t there a number of ways to achieve balance?

Päivi Kannisto’s writing is fluid, and this is a book that can be devoured while keeping up an ongoing conversation with the author in one’s mind. Even for those who have never fancied themselves global wanderers, Kannisto’s book opens a window onto one option among the range of choices in life.

“We’d been travelling for a good year when I awoke to a fascinating insight. I’d read a book about a man who was living as a hermit in the Australian bush, whom the authorities treated as a vagrant because he didn’t have a permanent address and wasn’t receiving a pension from the government. I realised that I was actually homeless myself, and because I didn’t have a regular income, the criminal definition of a vagrant applied to me as well. This realisation felt liberating. I had succeeded in making myself extraneous to society.” 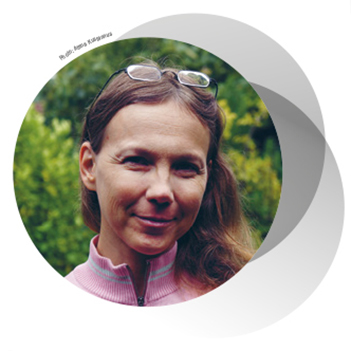 Päivi Kannisto, Ph.D. (b. 1970) embarked on her endless journey eight years ago in Brazil. Prior to her career as a global nomad and writer, she worked in a variety of jobs including management consultancy. In her book My Life as a Nomad, Kannisto tells of her experiences in Italy, Greece, Kenya, Malaysia, Laos, the Philippines, Thailand, Australia, Myanmar (Burma) and China.