“Someone’s been sleeping in my bed”

One morning Rosa awakes to find a strange man asleep in her bed. What’s more, the man does not run off when he wakes up, but makes coffee, heads to work and comes back later – as if he were living with Rosa!

Kristiina Lähde’s novel Someone’s been sleeping in my bed starts off with this distinctly odd scenario – a puzzling situation that draws the reader in straight away. Where did this man come from? Has Rosa somehow forgotten she knows him? The situation is so bizarre that Rosa has a hard time broaching the matter with him.

Rosa tells her doctor, and, true to his role, he begins to look for something wrong with Rosa. He tells her to take some sick leave and gives her a bundle of leaflets on stress management. The police do not understand Rosa’s predicament, either: the man is behaving entirely appropriately. He merely reads the paper, eats, watches TV and goes to work. The police interpret the situation as a relationship crisis and offer Rosa a leaflet on that subject. Only Upi, a private investigator who is struggling with his own problems, takes Rosa seriously and starts investigating the mystery, which he calls the Goldilocks Case. The novel gets its title from the same well-known children’s story, Goldilocks and the three bears.

Meanwhile, Laura, who lives on the other side of the same neighbourhood of terraced houses as Rosa, has the opposite problem. Her husband has disappeared. Their relationship had been drifting and fading away for years, but now her husband has vanished completely. Laura also decides to contact Upi, who immediately sees that this is a ‘Sleeping Beauty’ case, when someone has woken up from a long slumber.

Both Rosa and Laura’s situations are absurd, even though everything appears completely normal on the outside. The issue cannot be properly settled even when the investigator figures out who the man is. Now Rosa knows that his name is Onni and he is a TV weather forecaster. But then what? It is still just as difficult to communicate with him.

This novel gives a serious yet humorous portrayal of people who are growing distant from one another, the difficulties of intimacy and loneliness within relationships. Silence has many faces in this book. The silent men in Rosa’s world include her father, who suffers from dementia, and her brother, who committed suicide, as well as the cardboard cut-out man in front of the hardware store who still manages to keep smiling.

This is the debut novel by Kristiina Lähde, who already has a reputation as a distinguished poet. The narrative is lucid and precise, with nothing extraneous in the text. But the resulting work is not dry; it contains perceptive slices of life, wry humour and space for the reader’s own insights. The character of Onni shows how people can become subsumed into a larger mechanism, almost like robots. Then the question, “Who are you?” can be unfathomably difficult. 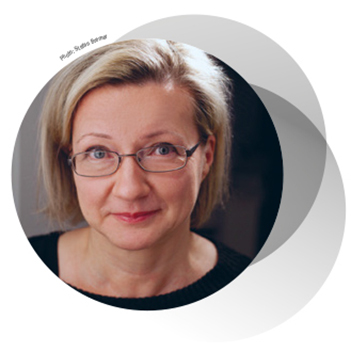 Kristiina Lähde (b. 1961) is an author and translator. She has published two collections of poetry (in 1999 and 2004) which garnered excellent reviews, and her poems have been translated into Bulgarian, Hebrew, English and Slovene. She has also been awarded the prestigious Kääntäjäkarhu (‘Translator Bear’) prize for her Finnish translation of a collection of poetry by the Finland-Swedish poet Catharina Gripenberg.