“Swindling Billions: An extraordinary history of the great money fraudsters”

Money makes the world go ’round – as we have seen in the economic upheavals of recent decades. Money also tempts crooks, and there is no one more inventive than a swindler dreaming up a get-rich-quick scheme. Swindling Billions (2011) gives an account of the world’s oddest, biggest or otherwise most fascinating cases of fraud. It tells of psychopaths who have no conscience, yet possess the ability to charm their victims. Nars also provides an analysis of those who succumb to these scams. When reading the stories in this book, one can only marvel at how easy it is for swindlers to lure people into even the most far-fetched schemes in pursuit of money. Nars maintains that women do not fall victim to swindlers’ scams as easily as men because they are not embarrassed to ask awkward questions.

The episodes recounted in this book range from Sir John Blunt’s South Sea Company bubble in the early 18th century to Bernard Madoff’s pyramid investment scheme in the United States, the world’s largest ever fraud when it was uncovered in 2008. Madoff is currently serving a 150-year sentence for his fraud, which means he will be eligible for release in the year 2159.

Readers are also introduced to General Gregor MacGregor, the self-proclaimed prince of a fictitious colony called Poyais, who sold parcels of land in an uninhabitable, non-existent state in Central America in the 19th century. His scam was such a success that several ships filled with his dupes who were looking for a better life voyaged across the Atlantic, only to discover that they had purchased worthless swamps.

The slippery con man Victor Lustig managed to sell a ‘money-printing machine’ to a gullible man in the United States, and the Eiffel Tower to another in Paris for scrap metal. By the time Lustig’s victims realised they had been scammed, the con man himself had already fled the country. Swindlers who acquire a taste for the good life generally get cornered and end up behind bars, or they decide to end it all themselves – which is the route chosen by Ivar Kreuger, the Swedish ‘Match King’.

Nars spins a cracking tale with a wry smile. It is difficult to put this book down until you have found out how every one of the stories ends. With a doctorate in economics and a long career in economics and finance behind him, Kari Nars knows the world of money inside and out. He warns that if something sounds too good to be true, it probably is: unfeasibly vast profit margins simply do not exist. 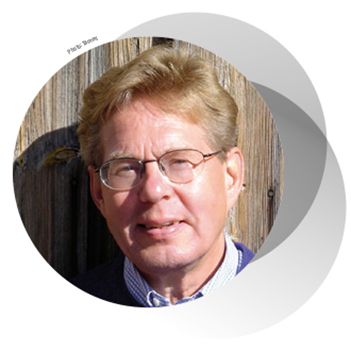 Kari Nars (b. 1940) holds a doctorate in economics and a degree in political science. He has worked in senior positions at the Bank of Finland and in the Finnish Ministry of Finance as well as in other banking institutions in the United States, Britain and France. Nars’ previous book, Raha ja onni (“Money and happiness”, 2006), received a great deal of attention. He has also written a memoir, Mahtimiesten matkassa (“A life among the powerful”, 2001).