“The sword of Islam: the history of conflicts between East and West”

Is Islam a warlike faith? Does the Qur’an command Muslims to conquer the world? In his latest book, Jaakko Hämeen-Anttila, an internationally respected author and researcher on Islam, tackles this highly topical global issue: the problematics of the history of Islam in relation to the West.

Prof. Hämeen-Anttila starts his analysis from the early history of Islam, comparing the texts of the Qur’an to those of the Bible: both include passages emphasising forgiveness and mercy as well as waging war. The passages where radical Islamists over the centuries have found justification for universal war have been disregarded by moderates.

Hämeen-Anttila also finds texts suitable for moderate and radical Muslims alike in writings on jihad. For example, in many ways the 9/11 terrorist attacks on the World Trade Centre in 2001 violated almost all of the rules set out in the guides to jihad.

The first part of the book shows Arabs and Turks in the role of an expansionist empire. After the middle of the eighth century, Arabic became a major language of culture. In mid-ninth-century Moorish Spain, Bishop Álvaro complained at how young members of the Christian upper class no longer bothered to learn Latin, preferring to study Arabic instead.

Since the 18th century, the roles have been reversed. Western nations began to spread their power into Islamic regions and occupy countries with majority Muslim populations. By the latter half of the 19th century, the governments and armies of Muslim nations could no longer resist the West.

At the core of political Islamism is the Muslim Brotherhood, a movement founded in Egypt in the 1920s. The primary target of radical Islamism is not the West; rather, it considers dictatorial Arab governments to be the enemy. The successes of the Muslim Brotherhood in elections held since late 2011 are a litmus test for budding democracy. Hämeen-Anttila asks whether the West, which propagates the term ‘democracy’, accepts Arab voters’ choice even when an anti-Western government takes office. Will the Islamists and other parties play according to the rules of democracy?

Hämeen-Anttila’s key conclusion is that Islamic culture cannot be considered as especially warlike or especially peaceful. The Christian and Muslim worlds have both endured eras of revolution and peace as well as cultural flourishing and decline. The Christian world has waged far more – and more intense – wars than Muslim nations. The fact that the Muslim world happens to be going through a difficult period during our era should not lead to simplistic claims and interpretations of Arab culture and the nature of Islam.

Jaakko Hämeen-Anttila’s in-depth study provides a more accurate, balanced picture of the allegedly warlike features of Islam than news reports and sensationalist media, which seem to be interested only in lurid events brought about by militant and radical Islamists. One might well ask who benefits from this juxtaposition. 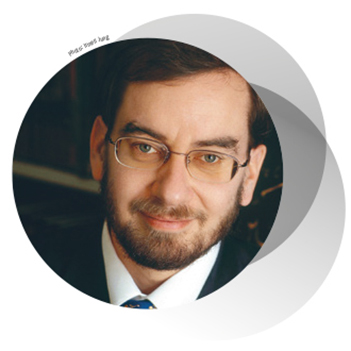 Author and translator Jaakko Hämeen-Anttila (b. 1963) is a professor of Arabic and Islamic Studies at the University of Helsinki. He has written a number of books as well as translated the Qur’an and the epic of Gilgamesh into Finnish.

His book Islamin käsikirja (‘The handbook of Islam’, 2005) was awarded the State Award for Public Information in 2005 and has been translated into Lithuanian. Another of Professor Hämeen-Anttila’s books, Mare Nostrum: länsimaisen kulttuurin juurilla (‘Mare Nostrum: The roots of Western culture’, 2006), is the first Finnish non-fiction book to have been published in Arabic translation (2010). His version of Tuhat ja yksi yötä (‘A thousand and one nights’, 2001, illustrated by Heli Hieta), which he translated directly from the Arabic, was published in Estonian translation in 2011.

Prof. Hämeen-Anttila has received numerous awards and honours, most recently the Warelius Prize from the Finnish Association of Non-Fiction Writers in 2011.