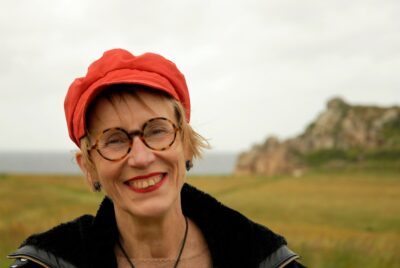 Kirsi Kinnunen, a translator of Finnish graphic novels and other works into French, has been selected as the recipient of this year’s Finnish State Award for Foreign Translators. The award includes a cash prize of €15,000. Kinnunen received her award on Tuesday 25 May from Finland’s Minister of Science and Culture Annika Saarikko.

Originally from Finland, Kirsi Kinnunen has lived in France for more than two decades. She has been a driving force in raising the profile of contemporary Finnish graphic novels and comics in France, a nation known for its strong graphic novel tradition.

“Kirsi Kinnunen’s efforts have opened doors at French publishing houses for Finnish graphic novel creators. French publishers know and trust her. It’s marvellous that the works she has translated have received so much attention in a country with such a vibrant scene for graphic novels,” Minister Annika Saarikko said in her speech at the award ceremony.

A total of 33 French graphic novel publishers have published at least one Finnish title in French translation. The vast majority of those projects have had some input from Kirsi Kinnunen.

Kinnunen’s translations of works by Aapo Rapi, Ville Ranna, Marko Turunen and Petteri Tikkanen have competed for awards in official competitions at the Angoulême Comics Festival over the years. Earlier this year her translation of Tiitu Takalo’s graphic novel Minä, Mikko ja Annikki (“Mikko, Annikki and Me” or “Moi, Mikko et Annikki” in French) was awarded the Grand Prix Artémisia, given each year to the best work by a female artist.

“Finnish graphic novels are among the world’s most original works in their genre, and their illustrations are some of the most irreverent. For more than 20 years I have been actively involved in exporting Finnish graphic novels to France as a translator, comics consultant, agent and promoter and it’s been one of the most enjoyable, rewarding adventures not just of my career but of my entire life,” Kirsi Kinnunen said.

Kirsi Kinnunen was born in Rovaniemi in northern Finland in 1960 and studied subjects including Romance languages, translation and interpreting, and publishing at the universities of Jyväskylä, Tampere and Turku. She now lives in Brittany in north-western France. In her career she has translated over 90 books from Finnish and Swedish into French: mostly comics, but also children’s books and non-fiction. In addition, she has translated around hundred documentaries for French television and dozens of French books into Finnish.

Each year, Finland’s Ministry of Education and Culture awards the State Award for Foreign Translators to a deserving translator of Finnish literature on the advice of FILI – Finnish Literature Exchange. The award was first given in 1975.