Angela Plöger (born 1942 in Danzig) received her doctorate at Hamburg University in Fennistics and has been translating Finnish literature into German for decades.

Her first translation, Tamara by Eeva Kilpi, was published back in 1974. Following this a total of 40 translations of Finnish novels were published and she also participated as a translation in numerous anthologies.

Her newest translations that are currently being talked about a lot are the novelThe Midwife by Katja Kettu (Finnish: Kätilö), whose sophisticated way of expressing herself and fluent German is being praised by critics, as well as When the Doves Disappeared by Sofi Oksanen (Finnish: Kun kyyhkyset katosivat). She also translated two earlier works by Sofi Oksanen.

Angela Plöger also translated work by Leena Lander from whom seven translations have been published, and also five novels by Eeva-Kaarina Aronen as well as four by Anja Snellman.

Angela Plöger also made a significant contribution to make contemporary Finnish drama well-known in German-speaking countries: she has translated more than ten Finnish plays. She also translated a large number of non-fiction books and scientific literature.

This year the Finnish Ministry for Education and Culture is awarding the Finnish State Translation Prize for the 40th time. The prize that is endowed with 15,000 Euros is awarded annually based on the nomination from the export organisation for Finnish literature FILI (Finnish Literature Exchange) to distinguished translators of Finnish literature. This year as an exception, the award was presented at the International Frankfurt Book Fair at which Finland is the guest of honour. 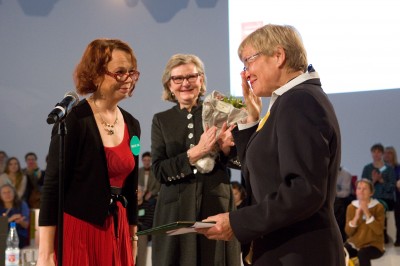 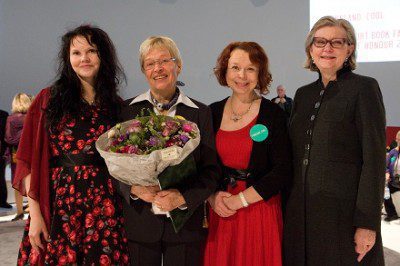 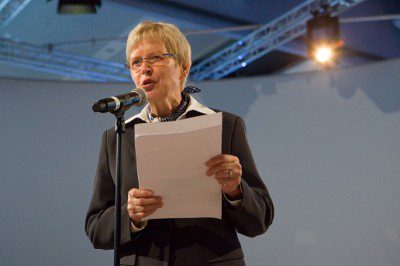 FILI at the Gothenburg Book Fair

Director Tiia Strandén and international projects manager Päivi Haarala from FILI at the Gothenburg book fair, which is currently underway! Among […]

Read more about Mika Waltari: ’Ihmiskunnan viholliset’ sold to Slovakia
Archive
We use cookies on our website to give you the most relevant experience by remembering your preferences and repeat visits. By clicking “Accept”, you consent to the use of the cookies. You may visit "Cookie Settings" to provide a controlled consent.Privacy policy
Cookie SettingsAccept AllAccept only necessary
Manage cookie consent

Advertisement
Advertisement cookies are used to provide visitors with relevant ads and marketing campaigns. These cookies track visitors across websites and collect information to provide customized ads.
Analytics
Analytical cookies are used to understand how visitors interact with the website. These cookies help provide information on metrics the number of visitors, bounce rate, traffic source, etc.
Functional
Functional cookies help to perform certain functionalities like sharing the content of the website on social media platforms, collect feedbacks, and other third-party features.
Necessary Always Enabled
Necessary cookies are absolutely essential for the website to function properly. These cookies ensure basic functionalities and security features of the website, anonymously.
Others
Other uncategorized cookies are those that are being analyzed and have not been classified into a category as yet.
Performance
Performance cookies are used to understand and analyze the key performance indexes of the website which helps in delivering a better user experience for the visitors.
SAVE & ACCEPT
Powered by