Sanni Grahn-Laasonen, Finland’s Minister of Education and Culture, has awarded the Finnish State Award for Foreign Translators to Turid Farbregd of Norway. 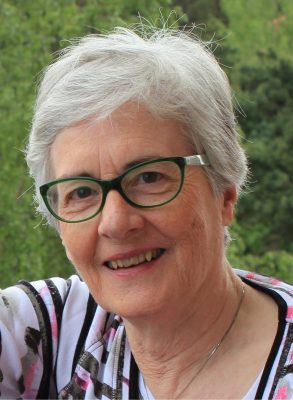 Turid Farbregd’s career as a translator of Finnish literature into Norwegian spans several decades, with an increase in pace in the 2010s leading to several books published in her translation in a single year, including titles by Sofi Oksanen, Antti Tuomainen and Pajtim Statovci. Turid Farbregd has brought these contemporary writers’ works to Norwegian readers and demonstrated her versatility as a translator, turning her hand to historical novels, crime fiction and even dramatic scripts.

These books have found a readership and achieved success in Norway. Turid Farbregd’s translation of Katja Kettu’s novel Kätilö (“The Midwife”, Norwegian title Jordmora) received the award for Translated Book of the Year in Norway, while the first print run of Tommi Kinnunen’s Neljäntienristeys (“Where Four Roads Meet”, Norwegian title Der fire veier møtes) sold out immediately. In a review of Farbregd’s translation of a novel by Juha Itkonen, one Norwegian newspaper declared that Finnish literature was in the midst of a golden age.

The number of Finnish books translated into Norwegian has remained admirably high this decade, thanks in no small measure to Turid Farbregd. In addition to her own translation work, she has served as a mentor to the next generation of translators: attracting them to the field, introducing them to the profession, sharing important contacts.

Farbregd is currently working on Katja Kettu’s novel Yöperhonen (“Hawk Moth”) and Tommi Kinnunen’s Lopotti (“The Light Behind the Eyes”). Both books will be published in her Norwegian translation next year.

“Translating is megalomania,” said Turid Farbregd of her own work. She expressed her delight at how Finnish literature is starting to make an impact outside Finland. “A crucial part of this is finding and training more translators,” she noted.

The Finnish Ministry of Education and Culture has granted the State Award for Foreign Translators annually since 1975. The prize includes a monetary award of €15,000, and is awarded each year to a distinguished translator of Finnish literature on the recommendation of FILI – Finnish Literature Exchange.