What is FILI? > Publications > Read, discover, immerse yourself!

Profiles of this year’s outstanding fiction

It’s impossible to write about the 2012 literary year without first saying a few things about the past few years – such as the fact that a great deal of very high-quality literature has been published in Finland, and the generation of authors born in the 1970s are staking out their territory in the literary canon.

Long-established authors with considerable track records are also well represented in publishers’ autumn catalogues. Some of these familiar names include Olli Jalonen, Sirpa Kähkönen, Leena Lehtolainen, Juha Seppälä, Johanna Sinisalo and Petri Tamminen. Johanna Sinisalo lent her experienced voice to the judging panel for a competition in the spring of 2012 to find outstanding new fantasy writers. Writing competitions have often brought out promising new talent in Finland, and the debut fantasy novel by this year’s winner Emmi Itäranta is indeed a well-conceived portrait of a world in which water is becoming a scarce resource.

Sofi Oksanen, who previously redefined the genre of the historical novel, is hotly tipped this autumn with her new work, Kun kyyhkyset katosivat (‘When the Doves Disappeared’), which continues to examine painful points in the recent history of Estonia.

Many authors who were born in the 1960s and ’70s, such as Riikka Ala-Harja, Juha Itkonen, Riku Korhonen and Riikka Pulkkinen have really found their stride. They write books that are firmly rooted in our time and skilfully deal with issues of alienation and living with other people. Many of these works move fluidly from one location and time to another: to New York, the 1964 Tokyo Olympics, the City of London, Prague…

Two more authors who work cleverly with techniques of narrative perspective in their books published in 2012 are Katri Lipson and Marjo Niemi. They give voice in their novels to themes such as the awareness of being European or questioning traditions.

Schildts & Söderströms, the publisher created through the merger of two Finland-Swedish publishing houses, has come out with its first joint autumn publishing catalogue – and its list is impressively diverse. Many of their titles have been eagerly awaited beyond Finland’s borders as well, including Lola Uppochner (‘Lola Upsidedown’), a thriller by Monika Fagerholm, and Is (‘Ice’), a novel by Ulla-Lena Lundberg about residents in the Finnish archipelago. Fredrik Lång and Thomas Wulff are two more distinguished Finland-Swedish authors, each with their own strong following.

FILI will be producing even more profiles later this autumn to supplement this new Top 10+ leaflet and to assist publishers around the world to find interesting authors from Finland. The common factor in all of these profiles is quality, regardless of genre. We hope these brief book profiles will generate more interest in translating Finnish literature and discussing contemporary writing – so read, discover, immerse yourself!

“Well, sure – but the publication of a book isn’t news! News is just the things that won’t mean anything tomorrow,” as the protagonist exclaims in Marjo Niemi’s new novel, Ihmissyöjän ystävyys (‘The Cannibal’s Friendship’). That’s certainly true, but literature does have meaning: there is a space for it, both today and tomorrow. 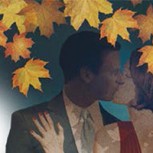